The Whisper in Darkness 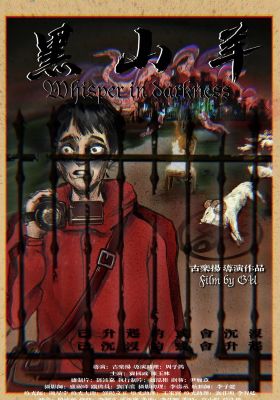 The Whisper in Darkness

Story:
An unemployed, journalist living under paternal pressure enters a bizarre village in a seemingly coincidental, but premeditated arrangement, where he discovers the village's unspeakable secrets, and he, while quietly documenting it all, tries to escape ......

Runtime : 18 minutes
Language : Mandarin
Subtitles : Chinese，English
Festivals&Awards :
2021 South Film Festival - Best director, China
Tags : #horror, #cthulhu, #suspense
Director‘s Statement Lovecraft in the short story 'The Whisperer in Darkness' which I used as the English title for 'The Black Sheep'. "The oldest and strongest human emotion is fear, and the oldest and strongest fear is the fear of the unknown", and I think this is why I prefer the horror genre, not limiting myself to the traditional cinematic technique of "Jump Scare I think this is why I prefer the horror genre, which is not limited to the traditional film technique of "Jump Scare", but tries to create a fully immersive atmosphere from the "first person perspective" to give the audience a sense of fear from the inside out. The use of professional actors, whose excellent performances saved me a lot of heartache on set, also made this idea stand out, and as you can see in the finished film, the chemistry created by the addition of this first-person perspective is a welcome one.

Influenced by his novel, I used the village as a symbolic presence to map out the reality of those crazy people, telling the story with a touch of realism. In the short film, the symbols on the villagers' bodies, the strange wall paintings in Lao Fan's house, the jellyfish held in the hands of the black-robed villagers, the inaudible whispers in the darkness, etc., these elements are not only out of place in the popular image of rural China, but also more like a cloud of evil suspicion hanging over the village. In today's world of uniformity, I wanted to try to create the kind of discomfort that the viewer would feel by using highly incongruous elements in the picture. This fusion and collision of Eastern and Western elements is, in my opinion, a new experiment.

Of course, even in a horror microfilm, we also pay attention to the expression of ideological connotations, without showing them too visually, but hiding them in the details of the film, including but not limited to the insinuation of the dangers of religion and cults, the discussion of the relationship between fathers and sons, as well as the homage to Lovecraft's "cosmopolitanism". It is also a tribute to Lovecraft's "cosmopolitanism".

An unemployed, journalist living under paternal pressure enters a bizarre village in a seemingly coincidental, but premeditated arrangement, where he discovers the village's unspeakable secrets, and he, while quietly documenting it all, tries to escape ......
0:00 0:00