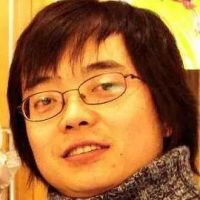 Chen Xinzhong, also known as Chen Zhong, is a film director. Graduated from the Department of Engineering Mechanics of Tsinghua University with a bachelor's degree in engineering. He once worked in the Sichuan Provincial Sports Commission and Chengdu TV Station. Received a full scholarship from the United States in 1998 and went to the Film Department of Temple University in Philadelphia to study as a graduate student. In 2003, he received a Master of Arts (MFA) degree in Film and Media Arts. He once worked for the American International Broadcasting Bureau in Washington, DC (International Broadcasting Bureau), as a TV Production Specialist. In 2004, he resigned and returned to China to engage in film creation and film international exchanges. His works were shortlisted in many international film festivals and won awards. In 2005, 2009, 2011, and 2014, they were invited to Northwestern University, Paris Seventh University, USA. Visiting lectures at Stanford University and Lund University in Sweden.