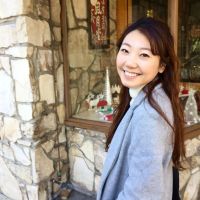 Cherlyn Hsing-Hsin Liu (b. 1982, Kaohsiung, Taiwan) is an interdisciplinary artist, filmmaker and writer whose work is grounded in literature and the conceptual avant-garde. Cherlyn’s creative activity often starts from a life event or curiosity concerning an anomaly in language or in the material world. It continues by employing methods drawn from both Eastern and Western practices and philosophies. Her working method at various times involves handcrafted material, mixed media, and experimental interchange between new and old technologies.

She studied Korean Language at Chinese Culture University in Taipei, Taiwan in 1999. She attended the School of Film/Video at the California Institute of the Arts from 2012 to 2018 and graduated with an MFA.

Besides artistic research and filmmaking, she is dedicated to education, activism, and organization. Cherlyn was a journalist and editor at Creation Publisher, focusing on young and emerging artists in the field of underground and contemporary art practices. In 2020/21, she taught two courses at CalArts: “Aesthetic Inquiries - Contemporary Asia” and “Gender & Sexuality in Asian Cinema - A Preliminary Study on Urban Phenomenon and Postmodern Cinema.” She serves as the Artistic Director of Square Root Collective and is one of the founders of Experimentalist Media Collective.

She currently lives and works in the US.