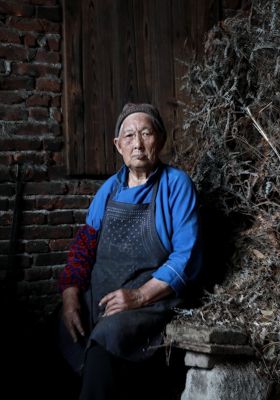 Story:
Following the mother of martyrs Pro-Ukraine, Qingwen who missed her lost son Guo Zhenggao and accuse the brutal of the war that takes up so many life.

I used to work as a jounalist of oral history recording, and interviewed lots of anti-Japanese war veterans. From their narrations,I realize the cruelty of the war and  really pity for inhumanity between human beings. Based on the materials I have in hand,taking part into anti-war film creation, is not only a practical action to support anti-war with my little contribution,but also a good learning chance for film creation.

The trauma of war for human beings is larger than any kind of natural and man-made disaster. The war let thousands and millions of people went to war field but back to their hometown alone.

Even though we did not experience any war,we can still imagine how horrible it is.No one returned from the war field,every year the autumn grass grow on their bones entend million miles of the mountains and frontier passes.

What a crurel thing it is, when we were forced to become prey,been killed,been brutalled by those we never know who come all the way just for taking the lives of the same kind.No war is good, and no war is justice.

When I choose shooting materials, I suddenly remember I have shooted a mother who lost her son during the Vietnam war. From her life status, all the things we can see is the deep graveness of losing families,especially nothing is more painful than the loss of children. White haired people send off black haired people.

I have been to the allied cemetery in the war field of Myanmar(Vietnam?) where many young lives were buried. The war took away many mother’s children , only left them cold gravestones.

Thank you for the opportunity to make a voice here, participate in creation, and appeal to people against war in the form of images and films

Following the mother of martyrs Pro-Ukraine, Qingwen who missed her lost son Guo Zhenggao and accuse the brutal of the war that takes up so many life.
0:00 0:00